There are not many things on earth better than a ripe gooey round of brie, but this baked brie comes pretty close! It’s the perfect snack to share by the fire with friends and a glass of red. That said it is completely understandable if you don't want to share it at all!

Step 1
To make the chutney combine all ingredients in a large pot. Bring up to the boil then reduce to a low heat, stirring occasionally for 1-2 hours until it has reduced to a thick, jammy consistency.
It may catch at the bottom of the pan more often as it reduces. If it has reduced a significant amount but still has not broken down and become a dark golden red colour add more water and keep cooking.
Step 2
To bake the brie, preheat oven to 200 degrees celsius. Using a bread knife cut a “lid” from the top of the loaf of bread about 1/4 down the height of the loaf. Place the round of brie in the center of the remaining loaf and with a knife trace a circle around it.
Step 3
Cut out a section which will fit the brie exactly and put aside the bread you have pulled out as it is ideal for dipping in cheese later. Slice the very top of the round of brie off ( just the rind), put into the little pocket created in the loaf and place the ‘lid’ of bread back on.
Step 4
Bake for 10 minutes or until the brie is soft and runny. Serve with the ripped chunks of bread already pulled out and break up the loaf in which the baked brie sits to eat with the rest. Serve with quince and apple chutney on the side or fresh figs. 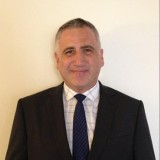